Right man for the right job in Deep South 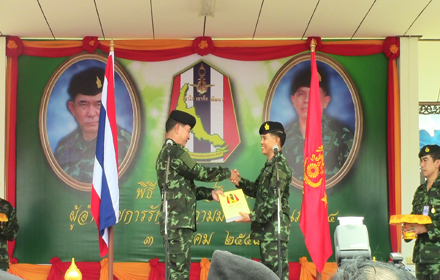 Born in Phatthalung, his family moved to Ra-ngae district of Narathiwat since his childhood.  He received his primary and secondary education in Ra-ngae district after which he enrolled at the armed forces preparatory school in Bangkok and, later on, joined the Chulachomklao Royal Academy’s Class 27.

He was married to Mrs Srikrit, a Thai-language teacher at a school in Narathiwat.

Lt-Gen Wiwath played a key role in convincing the BRN separatist group to join the preliminary peace talks between the government of Prime Minister Prayut Chan-ocha and Mara Patani, an umbrella organization of six separatist groups.

He is also a key player of a government’s programme to persuade separatists to give up their armed struggle and to return to their families without facing criminal charges for their past activities under a condition that they must attend re-education course which takes about six months.

The new commander of the southern border provinces is familiar with the terrain and with people in the region, particularly the Malay Muslims who make up the majority in the four southernmost provinces of Yala, Pattani, Narathiwat and Satun.

Hence, he can be regarded as the right man for the right job in the Deep South.